What is Android Fragmentation?

If you’ve ever owned an Android phone that wasn’t built by Google (and that’s most of them), then you’ll know that getting updates is an incredibly slow process.

If you compare that to Apple, you begin to realise how terrible this is. Apple’s latest software version is iOS 10, and it’s currently running on 79% of devices. The previous version, iOS 9, is on 16%. Just 5% of devices are using software older than that – making Android updates seem slothlike by comparison. 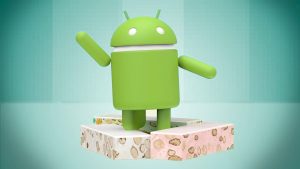 The reason, as Google readily admits, is that there’s no modularity in the system. When Google creates a new version of software, it’s handed over to chipmakers. These chipmakers look at the new software and then create new drivers to support the software.

Then, the software is handed over to whoever builds your phone – think Samsung, LG, or HTC. These companies will modify the software with their own features, often overlaying a ‘skin’ to customise the experience for users.

Once that’s done, it’ll be shipped off to your network carrier, who will approve the new update and then push it out to you. Then it’s up to you to install the new update in a timely fashion.

This entire process, from start to finish, can take months:

“On the Android team, we view each dessert release as an opportunity to make Android better for our users and our ecosystem partners,” explains Iliyan Malchev, Project Treble team lead. “One thing we’ve consistently heard from our device-maker partners is that updating existing devices to a new version of Android is incredibly time consuming and costly.”

Malchev continued: “With Android O, we’ve been working very closely with device makers and silicon manufacturers to take steps toward solving this problem, and we’re excited to give you a sneak peek at Project Treble, the biggest change to the low-level system architecture of Android to date.”

What is Project Treble?

With Project Treble, Google is splitting off the vendor implementation (i.e. the device-specific stuff) from the core Android OS Framework.

Right now, there’s no vendor interface, which means that a lot of code needs to be updated when a device moves to a newer version of Android. But Google wants to introduce a vendor interface that gives access to hardware-specific parts of Android, so device makers can deliver new Android releases to customers just by updating the Android OS Framework.

Think of it like this: When the main framework of Android is all mixed up with the little bits of code that your device maker needs to change, it makes it hard to get new versions of Android to you. But if the core Android code is separated from the bits that concern Samsung or LG, then you can get new versions of that core Android code much quicker – because Samsung and LG don’t need to change it.

When does Project Treble launch?

The good news is that it’s launching very soon; in fact, it’s already available on the developer preview for Android O.

Treble will be available for all devices launched with Android O and beyond – starting from this summer.

What was your favourite announcement from Google I/O 2017? Let us know in the comments.