Killer feature or forgettable gimmick? HTC’s latest flagship superphone is finally here, helping us forget about the HTC U Ultra.

The HTC U11 is slim, shiny, speedy and continues HTC’s tradition of souping up the sound on its phones. Aside from the included noise-cancelling earbuds, the most eye-catching aspect of the new phone is called ‘Edge Sense’, but what is it? And why would you want to squeeze your phone?

Let’s take a look and see.

What is Edge Sense?

Edge Sense is the name of a new software feature that HTC is introducing with the U11. It’s been heavily leaked for months, back when the phone was called ‘Ocean’, and it seems to have been through a few variations.

On the U11, it’s the new way to interact with the phone – literally by squeezing down the sides.

How does Edge Sense work?

Along the rim of the HTC U11, there are pressure-sensitive areas controlled by eight sensors that measure how hard you squeeze. A short, light squeeze can offer up a different response to a longer press, for instance. 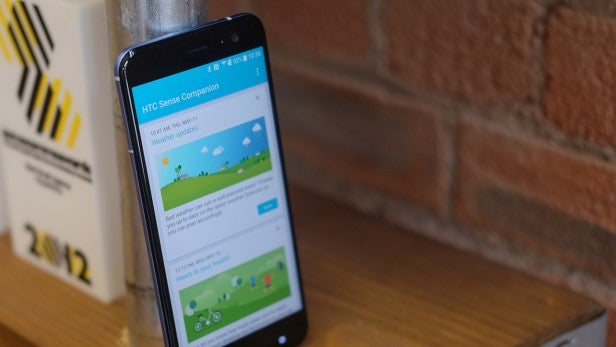 When you squeeze the phone you’ll get a haptic response that differs depending on your level of pressure, and the strength of the response can be altered in the Settings menu. It’s similar, in ways, to Apple’s 3D Touch mechanic, just implemented off screen.

The idea of Edge Sense might sound like a gimmick, but it can actually so some quite cool stuff. During our demos with the phone, HTC played up how it’s great when using the phone either underwater or with gloves, as you don’t actually have to touch the screen.

A light squeeze opens Google Assistant, and a harder squeeze takes you to the camera. Once you’re in the camera, pressing down on the lower-portion of the rim acts as a shutter button.

These functions aren’t set in stone though, and you can customise them to an extent. The shortcuts can be altered to things like turning on and off the flashlight, launching specific apps, or activating a certain setting of your choice 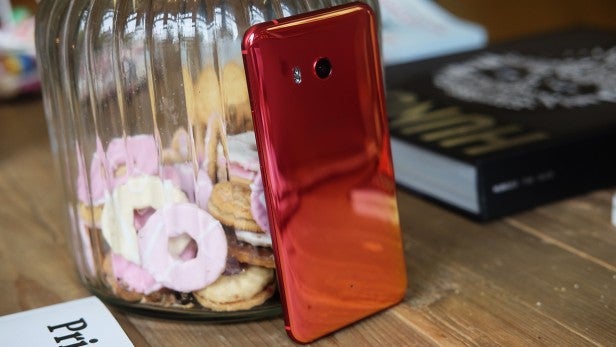 The result of a squeeze also contextually changes depending on the app. When you’re in the camera, for example, a short squeeze flips it into selfie mode. Repeat the action and it flips back.

Does it work with apps from Google Play?

Later in the summer, HTC says it will release an app into the Play Store that’ll enable third-party apps to take advantage of these squeezy features.

During our demo we were shown a clever example of it working in Google Maps, where pressing harder zoomed in quicker than a lighter touch.

We’ve only had a limited amount of time with the HTC U11 and Edge Sense, but so far it seems to work as advertised. We would like more customisation options and it will be a huge boost once it works with third-party apps, but it achieves what HTC has set out to do.

Yet, it certainly feels like a gimmick. The sensation of squeezing a phone is odd, and we felt it could drop out of our hands at any point. Stay tuned for the full review where we will properly put Edge Sense through its paces.

Which phones will it work with?

Just one to start with, and that’s the new HTC U11. Though if it becomes a hit, we’re sure it’ll be a staple feature on future high-end HTC phones.

Do you want to squeeze your phone? Let us know in the comments below