Keeping your kids safe online is a far tougher job than it used to be. In our guide to the best parental control apps and tools, we’ll show you the best ways to protect your kids both inside and outside your home.

As well as worrying about controlling laptops and phones, kids have access to a wider range of devices that should be protected, including smart TVs and games consoles.

There are two aspects to protecting your children: web filtering and time-based access controls. The former controls what your kids can see, using filter lists of websites to either allow or block, typically configured by category. The latter controls when your kids can use the internet and/or which apps they can use.

We’ll cover both types of control in this guide. It’s important to note that most filtering software uses very similar lists of websites to allow or block, so the most important thing is to choose the software or service that works best for you.

Parental control software usually has to be installed, which means that it will only work with supported devices: typically Windows and Mac computers, and iOS and Android smartphones. But what about other devices? If your kids have games consoles, smart TVs or even non-supported computers, such as a Raspberry Pi?

For these cases, it’s best to look at filtering that works at a higher level and doesn’t require software to be installed. The most obvious choice here is with the filtering provided by your ISP, which will block access to adult sites for all devices.

This is powerful but can come with its own issues. Turn on BT’s internet filter, for example, and even adults won’t be able to access the sites that they want. For this reason, we don’t recommend using most ISP’s filtering controls.

There are exceptions, though. First, if your children have their own mobile phones, make sure that you use the mobile provider’s filter. This will protect your kids when they’re outside of your home network.

There are good gateway filtering systems available that we recommend turning on. If you have the right type of router, such as a Netgear Orbi, TP-Link routers that support the HomeCare service, Google Nest Wi-Fi or some Linksys routers, you’ll be able to turn on parental controls. You can also get similar levels of control with the Sky Broadband Buddy, a subscription service that’s based on the Circle parental-control software, the same system that powers the Orbi system.

This type of parental control lets you create profiles for each member of your home, including their age and which devices they own. You can then set the filtering level for that profile. This is exceptionally powerful, as a child will find the same restrictions in place, regardless of which of their devices that they use. You can also manually pause a child’s internet connection without affecting anyone else in the house – handy to get attention for dinner time!

More advanced settings let you control when a child can access the internet, allowing you configure a schedule, including both total time limits and enforcing a bedtime. The power with this kind of system is that a child can’t switch devices, say putting their laptop down and moving to Netflix on their TV, when their internet time is up for the day: the restrictions apply to the entire profile.

Some routers, such as the Google Nest Wi-Fi, provide all of these features for free; if you have a different type of router, there may be a charge. The Circle controls on the Netgear Orbi system, for example, give you web filtering for free but you need to upgrade to Premium (£4.49 a month) for time limits and bedtime controls. Out of all of the systems we’ve used, Sky Broadband Buddy (available to Sky Broadband customers only) and the Netgear Orbi router with Circle are the best systems.

While the first option that we’ve covered will help you control devices in your home, there’s still a need for software installed on laptops and smartphones. Not only will software give you more granular control, but you also get two additional benefits on most devices: app control to help control which applications a child can install and run, and web filtering wherever your children are. The latter is particularly important for devices that can be carried around and connected to different networks, such as mobile devices and laptops.

Monitoring and reporting are generally better from software, too. For example, a lot of parental control software will let you see not only the websites that your kids visited but specifics, such as the videos that they watched. This kind of information can be useful in any chats you have with your children about safe internet usage.

It typically makes the most financial sense to buy your parental control software as part of your internet security suite, giving you one app to manage for all of your devices. Of all the software that we’ve tested, Norton 360 comes out top for protection. With the Deluxe and Premium Editions, you get parental controls built-in.

You can also buy Norton Family as a stand-alone subscription if you’re running free security software. Norton’s family tools are quite powerful, giving you web filtering controls and time limits for each device. There’s no support for Macs at all, and the iOS app is slightly more limited and doesn’t give you control over which apps can and can’t be installed (you’ll need to use the built-in iCloud Family Sharing tools for this).

If you want support for a wider range of devices, we recommend Kaspersky Total Security, which comes with Kaspersky Safe Kids. This works on Windows, Mac, iOS and Android, although the iOS version can’t manage apps due to the way that the operating system works.

Again, if you already use free security software, you can buy Kaspersky Safe Kids as a stand-alone product. 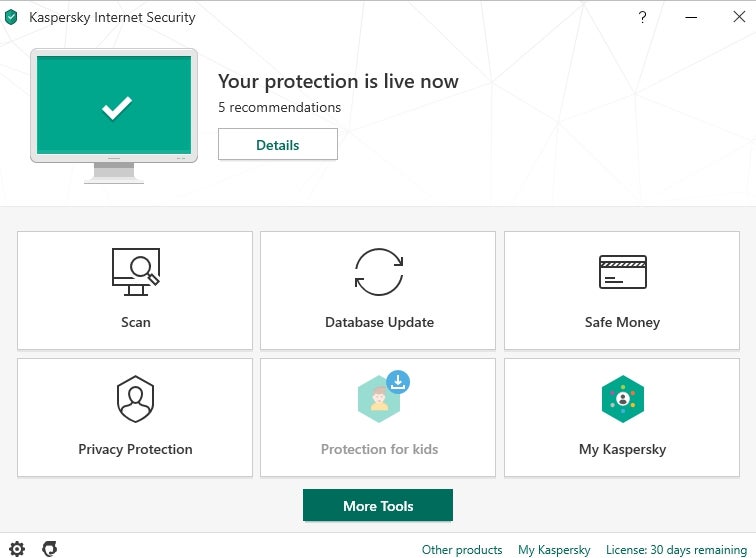 Which type of parental control service is the best?

Both types of child protection services have their benefits and their cons. In an ideal world, you’d use a combination of the two, with router or ISP filtering at home, protecting all of your child’s devices; filtering software can then be used on specific computers and smartphones to give that extra layer of protection.

If you can only go with one option, then base your choice on how and where devices are mostly used. If you want protection at home and want to cover games consoles and smart TVs in addition to phones, then router or ISP filtering is your only choice. If you mostly want to protect phones and laptops, then go with traditional parental control software.