Not long ago, “free-to-play” were dirty words – cheaply made games cluttering Steam libraries and smartphone app stores around the world. They offered stripped-back experiences, unless you parted with cold, hard cash for basic functionality.

Thankfully, times – and the games industry – have changed, and you’ll now find quality free-to-play games that are just as worthy of your time as new big-budget releases. What’s more, they’re no longer restricted to PC and mobile; some of the best free games around are making their way onto consoles, too.

PlayStation 4 is no exception, and is now home to an ever-expanding selection of great gaming experiences that don’t require you to reach for your wallet. The downside is that as free-to-play expands on the console, it becomes harder to determine what’s worth your time. It’s also worth noting that since many free-to-play games incorporate online multiplayer to varying degrees, a PlayStation Plus subscription is typically required. That has another benefit when it comes to free games, though – the selection of zero-cost titles Sony provides each month to its subscribers.

If you’re wavering with indecision over what to dive into when it comes to PS4’s free games, fear not – here are some of the best free-to-play titles to explore on PS4, in genres ranging from MMORPG and tower defence to collectible card games and battle royales.

Blue Mammoth Games’ Smash Bros-alike landed in October 2017, and immediately cemented itself as a regular must-play. Like Nintendo’s brawler, this colourful cartoon fighter sees up to four players smacking the bejeesus out of each other across a variety of 2D arenas, while weapons and power-ups rain from the sky. 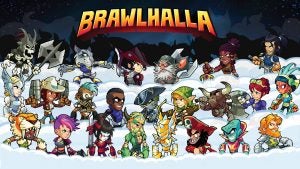 Newcomers will find six of the 39 total characters on free play rotation, while in-game currency is easily racked up and used to permanently buy favourite heroes. With multiple game modes, offline couch multiplayer, and daily challenges on offer, there’s plenty of variety to keep you coming back. Short matches make it perfect for dip-in, dip-out sessions, too.

It’s a rare title that features a mini-game good enough to spin off into its own entity, but such was the shine of The Witcher III that its tavern-based side game Gwent took on a life of its own. Although still technically a public beta, this strategic collectible card game feels fully realised already. 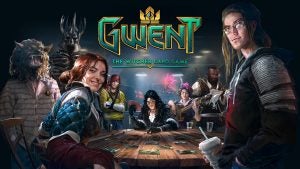 Played in a best-of-three format, victories rely as much on deception of your opponent and creative play decision-making as they do on the powers of your decks of cards. With casual and ranked play on offer, plus new modes being added regularly – such as the recent Arena mode, which tests your skills and cunning by forcing you to build a random deck – this is only going to get better as it approaches its full v1.0.

A stalwart of the PC MMO space, Tera’s console debut landed in April 2018. Yet with its emphasis on real-time action combat and skill-based combos, it feels like Tera has finally found its true home. 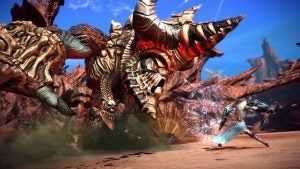 Set in a beautiful fantasy world, players can choose from seven races with 13 classes to build their perfect hero. They then set out to tackle Tera’s signature titanic enemies, while exploring its stunning locales. With endless customisation  options – with some discretionary cosmetic choices sold through microtransactions – and party features including guilds and team speak, this is a fully featured MMO that’s perfect for living room play on a controller.

For the third entry in its fantasy orc-slayer, developer Robot Entertainment shifted to a free-to-play model. Thankfully, the series’ blend of tower defence mechanics and third-person real-time combat is as captivating as ever, with an incredible assortment of upgradable traps, spells, and guardian heroes on offer. 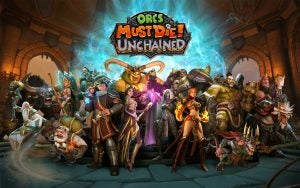 Learning maps and figuring out the best way to protect a magical rift from the onrushing hordes provides tactical flair, but being able to wade in and dispatch enemies by hand keeps the adrenaline going. Like Brawlhalla, regular meta-game challenges give you reason to return, as well as in-game currency I racked up quickly through playing matches. With three game modes – co-operative Survival, multiplayer Sabotage, and Endless, where enemies advance tirelessly – this has something for every tower defence fan.

One for anyone with an interest in military history, World of Tanks prides itself on recreating some of the most recognisable combat vehicles of the 20th century, right down to weaponry, armour types, and mobility – then letting players blow them to pieces. 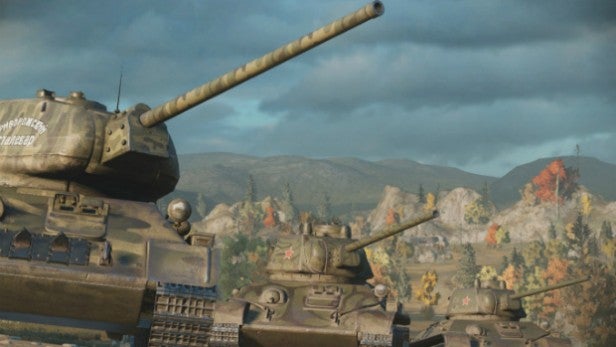 With four battle modes – Standard, Encounter, Team Destruction and Assault – and more than 300 tanks across five broad classes to get to grips with, there’s endless battlefield action to be found. With support for team play, and up to 30 players in a match, you can expect to be in some fraught situations, too. World of Tanks can be a little grind-heavy for players who don’t choose to pay for ‘Premium’ access, but everything is still attainable for free.

What – you think we’d forget about what’s currently the biggest game around? Fortnite’s free-to-play Battle Royale has earned that distinction with good reason. Its ‘last player standing’ system and ever-shrinking safe zone forces tight, breathtaking encounters that demand quick reflexes and situational awareness to triumph, turning it into as much fun to watch as it is to play. 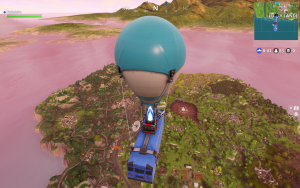 However, Fortnite’s wild card is the ability to destroy and rebuild objects in the environment, creating temporary shelter, paths and ramps to tough-to-reach areas, or even traps for your enemies. It’s this unpredictability to each match that elevates the game above many of its rivals, and has established it as the most-talked about title in the world. If you’re not already playing, download for free and see what you’re missing.