Nintendo currently offers three different portable devices, so it can be hard to decide which is the best Switch for you. We’ve spent lots of time with each console and we’re going to break down all the key differences and features of each option.

In case you don’t know, alongside the vanilla model, there is also the Switch Lite, which is less expensive, can’t be docked to an external display and is more portable. Then there is the Switch OLED which ,as you may have guessed, comes with an OLED screen and has a redesigned stand on the back.

And this list may get longer in the future, as we will be sure to review any later Nintendo Switch models that the company launches. Currently, the fabled Switch Pro / Switch 2 console seem to be on the cards, and you can find out more about these consoles by clicking on the links prior.

Since you’re already looking at getting a new console, you may also want to check out our best Nintendo Switch games list – which currently includes Animal Crossing New Horizons and Pokémon Legends: Arceus – so you know which titles you should snatch up.

Without further ado, here is our definitive ranking for the best Nintendo Switch consoles. And if you’re happy to look at other consoles on the market, we have other best lists that may be of interest, like our best Game Console page, as well as our best Gaming Laptop list, for any PC gamers out there.

Learn more about how we test game consoles

Every game console we review goes through a series of uniform checks designed to gauge key things including build quality and performance.

We’ll play multiple games on the hardware while comparing the performance to rival consoles (and predecessors) to see whether it’s worth the investment.

We’ll also evaluate the software, as well as the line-up of games when deciding on a final score.

The console that started it all, the first Nintendo Switch launched over five years ago, but it’s still one of the best gaming consoles out there. Its versatile design allows owners to use it as both a portable and a home console when connected to a TV via the bundled dock.

The original Switch doesn’t have any standout features over the new Switch OLED, with an identical game catalogue and a similar design, albeit slightly smaller and lighter. But the original Switch is generally £50/$50 cheaper than its OLED counterpart, arguably making it the best value option – especially if you end up using it as a home console more than a portable device since the OLED screen won’t make a difference in such use case.

It’s unfortunate that the GPU hasn’t been updated since launch, which means the console relies heavily on the cloud to play modern third-party games and shows the console is starting to show its age. But no other Switch offers a better performance right now, so you’d have to opt for something like the Steam Deck instead if that’s a major issue.

But thanks to the massive gaming library and some highly anticipated upcoming titles, like Breath of the Wild 2 and Pokémon Scarlet and Violet, the Switch will remain a good option for years to come. With a middle-of-the-road price compared to its other variations and such intuitive controls thanks to the Joy-Con controllers, this is the best Switch for the majority of gamers. 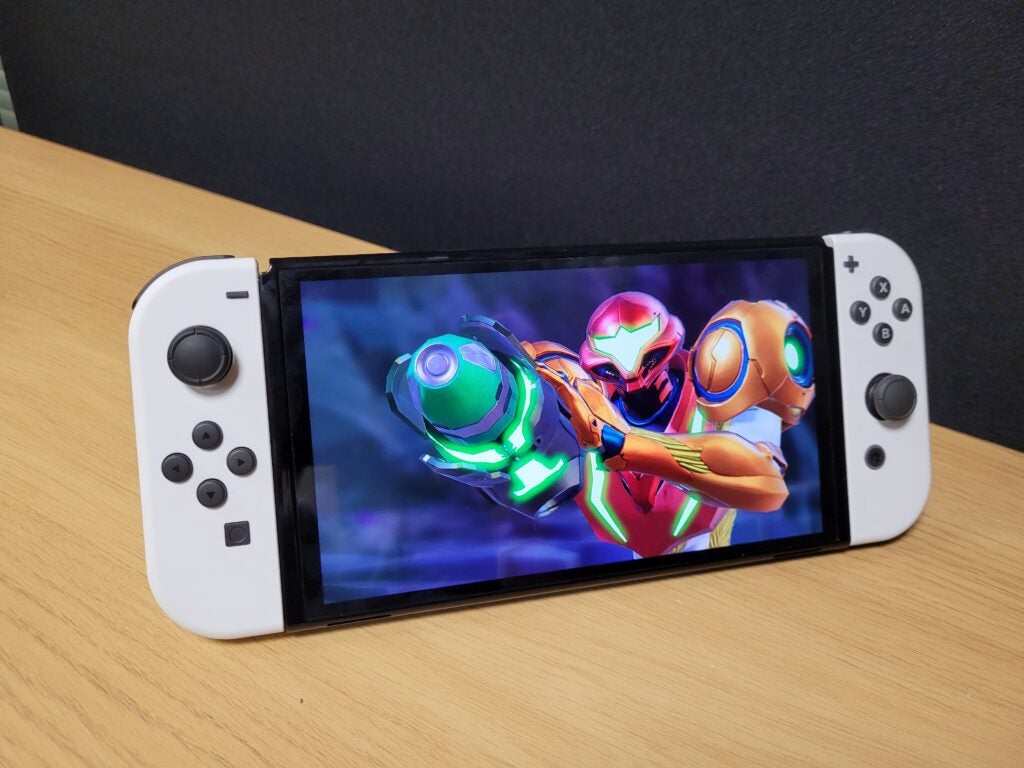 The best screen on a Switch

The Nintendo Switch OLED is the latest iteration of the console, with the main attraction being the new OLED panel. The screen’s colours on the latest Switch look more vivid and natural, enhancing the visual quality of every single game without any compromises to the performance. Our review of Metroid Dread notes how amazing this game looks with the OLED panel, with colours looking brighter and bolder and Samus’ suit seemingly popping out of the display.

The new Switch OLED also has a sturdier stand for propping up on a table, improved speakers and a slightly larger screen, ensuring it offers the absolute best experience for portable gaming.

The downside of this more expensive console is that it isn’t any more powerful than the original, meaning that the only benefit you’re getting when outputting to a TV is a new Ethernet port on the dock for wired internet connections.

However, anyone who’s looking for a crisper and more colourful experience while they game shouldn’t dismiss the Switch OLED outright, as it’s just as durable and entertaining as its younger brother, while also sharing the exact same game catalogue. 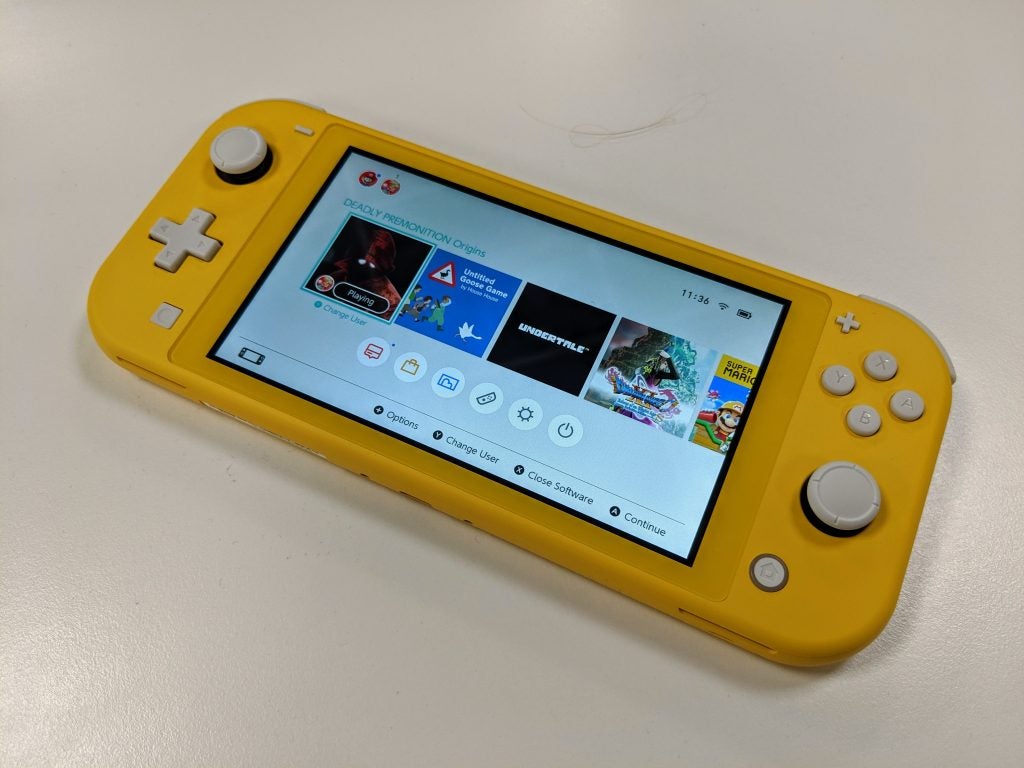 Finally, we come to the cheapest option for anyone wanting to game on the go. The Nintendo Switch Lite‘s best qualities are its portability and low price when compared to its Switch siblings.

The library of Switch games available for the Lite is virtually the same as the Switch and Switch OLED, meaning that you can still experience the latest Zelda adventure and race your troubles away in Mario Kart 8 Deluxe. The only exceptions are games that require motion control, such as Nintendo Switch Sports, as the controllers are fused to the side of the screen and so can’t be used like Wii remotes.

You also can’t dock the Switch Lite and output its display to your TV, meaning you can only experience your adventures on the small screen, and it will be harder to play multiplayer games like Super Smash Bros Ultimate with friends in the same room.

But if you’re mostly looking to use your console as a portable device, and don’t mind the adorably dinky size, the Switch Lite is a fantastic option since it boasts an affordable price and supports most of the same games.

Our thoughts on the Steam Deck several months after launch

Is Sony’s latest console still worth buying two years on?

Microsoft begins the next generation with a console that truly pushes the boundaries.

A no-brainer box for gamers

Which Nintendo Switch is the most expensive?

The Nintendo Switch OLED is the most expensive Switch on offer, due to its OLED panel and improved design.

Which Nintendo Switch is best for multiplayer games?

Which Nintendo Switch has the best graphics?

All of the Nintendo Switch consoles share the same chip, and so all produce the same graphics quality. However, the Switch OLED comes with the most impressive panel, with our review noting that games look crisper and colours look brighter than the other two Switch models when used as a portable. 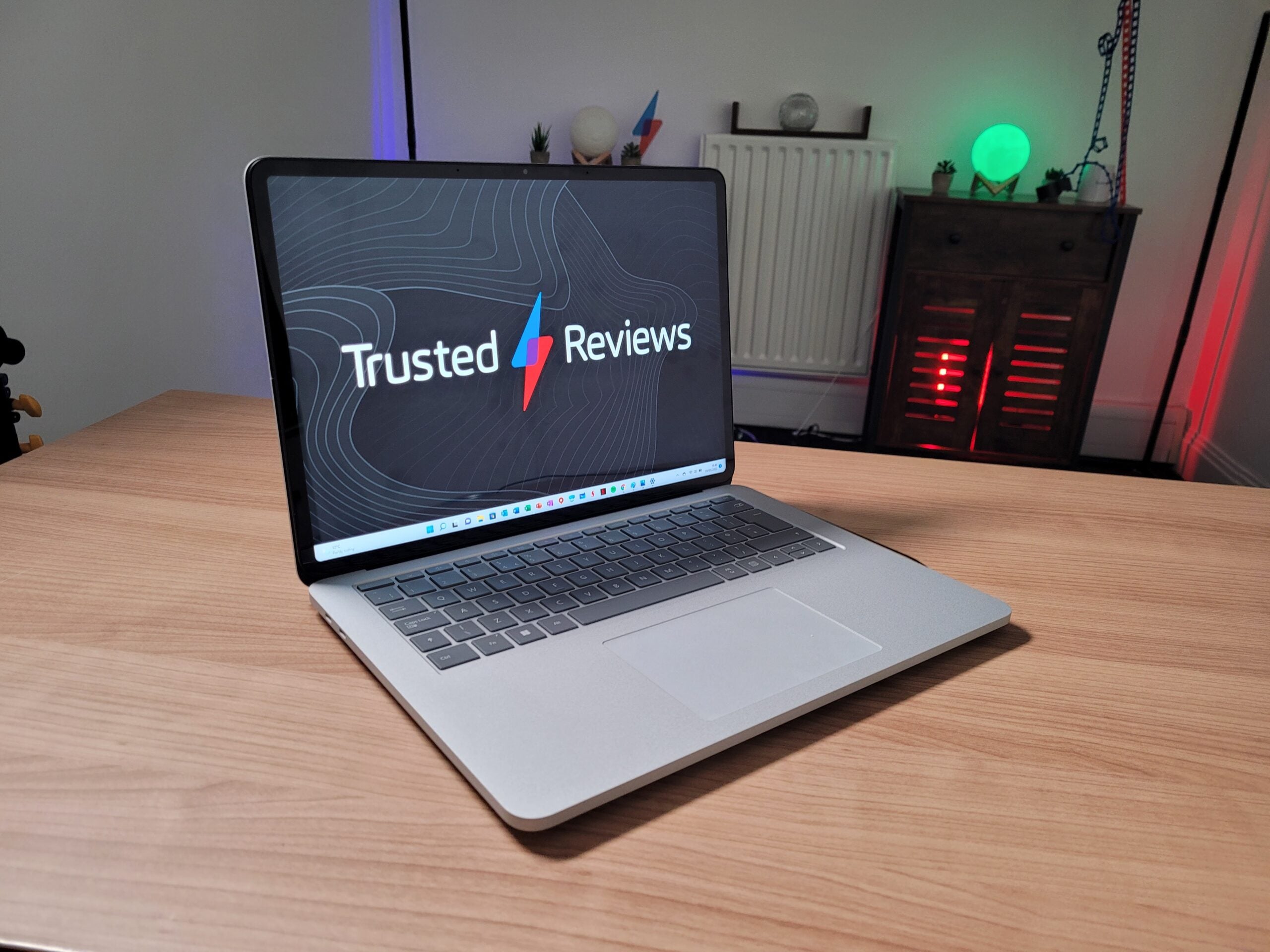 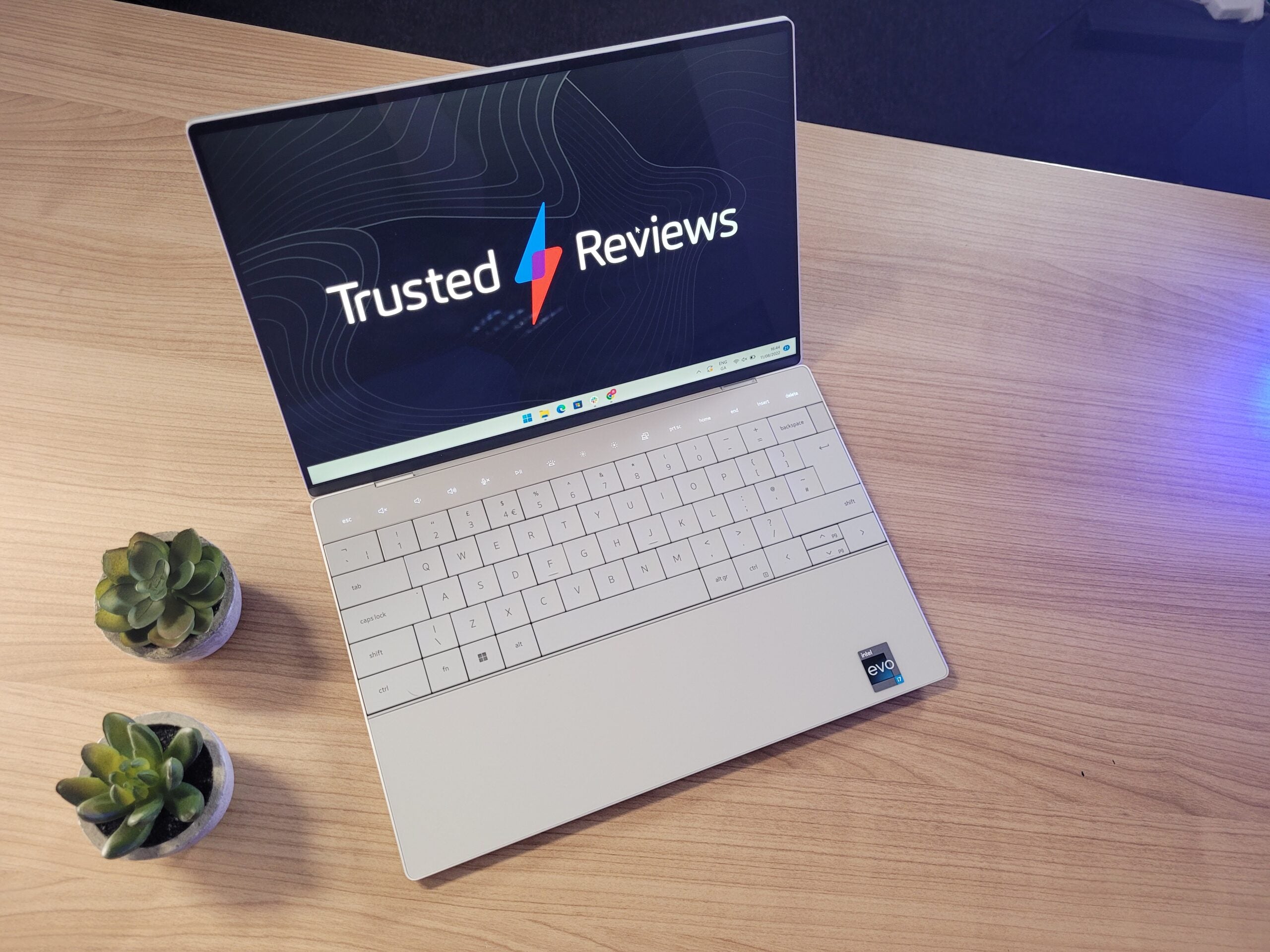