We’ve rounded up some of the best Star Wars games, from a variety of genres.

From FPS titles to strategy, to hack and slash, there’s something for everyone on our list of the best Star Wars games. We’ve also included brand new titles, as well as a lot of more retro games that we believe have stood the test of time (at least to some extent). In no particular order, here they are… 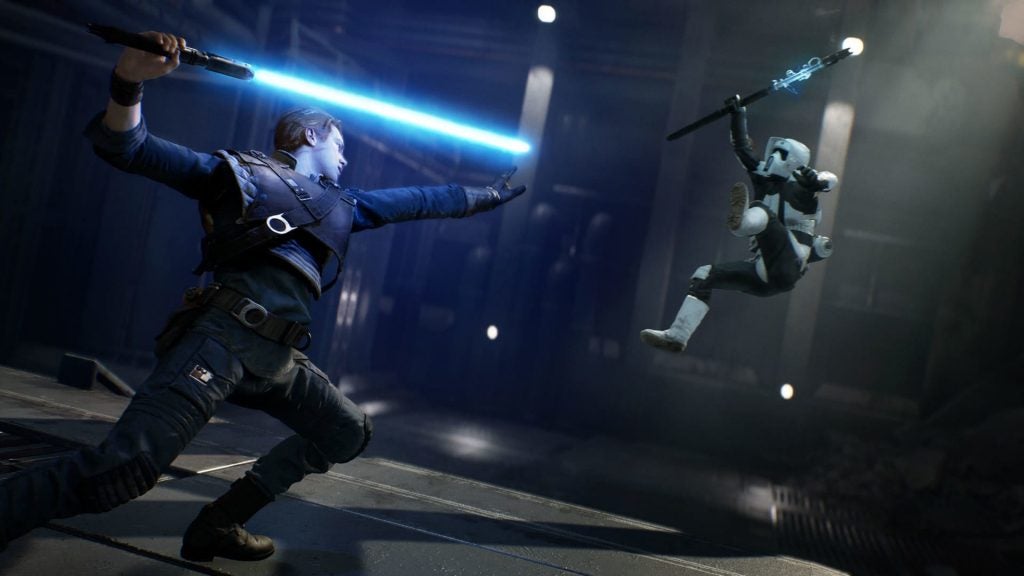 Star Wars Jedi: Fallen Order was one of 2019’s more notable, significant games releases. It breathed some life back into single-player campaign-based games, by offering up a story and a set of game mechanics that entertained players from start to finish. Sure, there were one or two (huge) bugs, but for the most part, we loved Fallen Order.

We gave it a four-star rating, and our reviewer said: “Star Wars Jedi: Fallen Order is far from a masterpiece, but to say it could’ve been one without some of its basic flaws may not be so far fetched. As it is, you can look past the tame story and inconvenient bugs and instead revelling in joyous combat, awe-inducing cinematics and fluid platforming.”

The Lego Star Wars games are pretty simplistic, and if you played every instalment since the original 2005 entry, then you probably got bored of the formula. If you’re yet to play them though and you’re looking for a fun, action-packed Star Wars experience that’s family-friendly and packed with jokes, then this is the pick for you.

Right now The Complete Saga edition is the most complete collection of Lego Star Wars games available, but we’re looking forward to the upcoming, generation-bridging, Skywalker Collection, which is expected later this year. 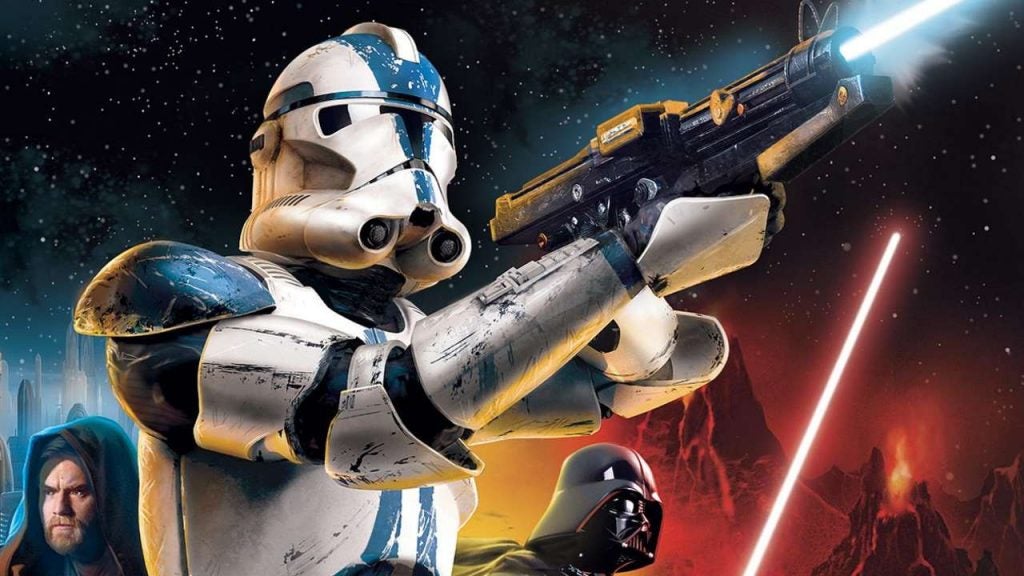 It’s 15 years old and sadly lacks any current-gen ports, (because of the 2017 Battlefront 2, which we will discuss later), but the original Battlefront 2 remains a classic for fans of Star Wars video games.

It tweaked and polished the winning formula introduced in Star Wars Battlefront, which puts gamers in the shoes of an ordinary, rank and file soldier in one of the series’ armies, be that the clones, droids, stormtroopers, or rebellion. The battles that ensue also include chances to play as iconic heroes and take command of iconic series vehicles.

The multiplayer modes shone, especially playing Galactic Conquest mode in local multiplayer – pitting both your wits against a friend strategically and in ground and space battles. Within that, the battle on Hoth remains a particular highlight, with rebel pilots attempting to master Luke’s feat from the original trilogy – tying an AT-AT’s legs together with a cable. 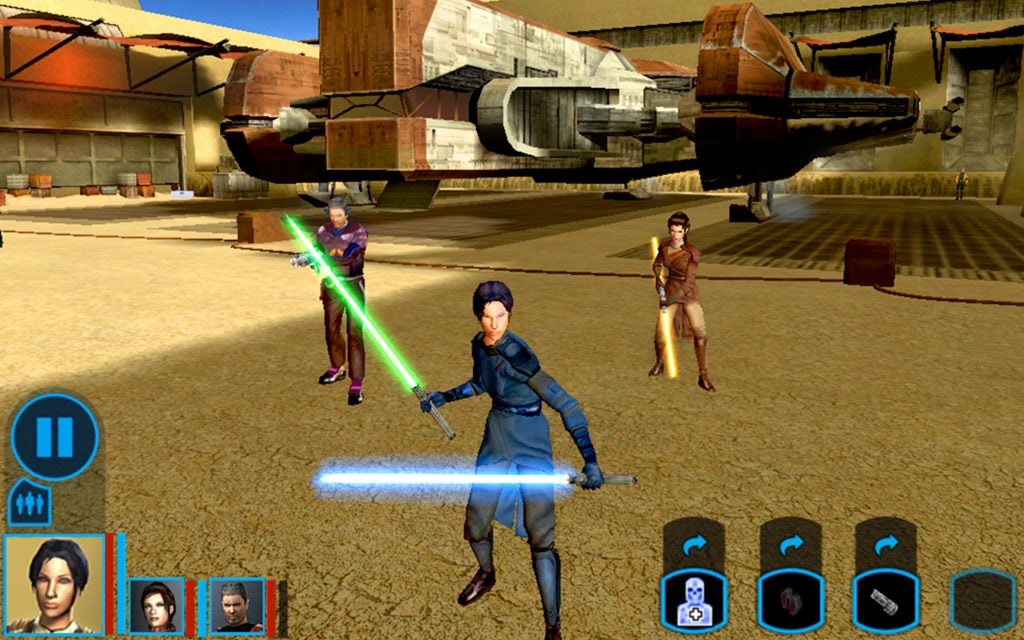 Knights of the Old Republic

It’s another ageing entry on our list, but Knights of the Old Republic has a hugely loyal fan-base. The game is still regarded by many as the best Star Wars game ever made.

Developed by BioWare – the brains behind classics like Baldur’s Gate, Mass Effect and Dragon Age: Origins – the game is an immersive RPG title that was way ahead of its time. Features like a morality system, character customisation and detailed world design all added up to an absolute classic that – sadly for PS2 fans – was an Xbox exclusive on release.

The game has won a whole host of awards and gained praise from any critic that ever went anywhere near it – it’s well worth a look. 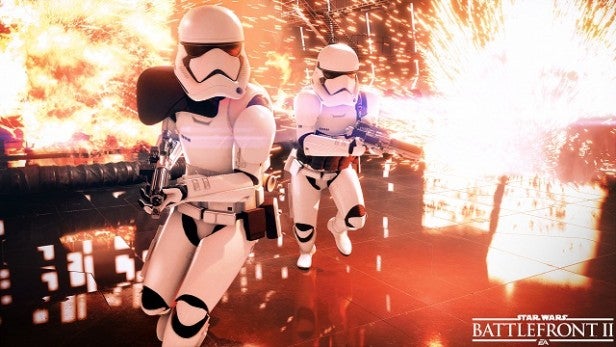 On release, EA and Dice’s latest version of Star Wars Battlefront 2 had plenty of holes. However, in the years since then, patches and updates have turned the game into a much better, more enjoyable package.

This shooter has always looked great and now, thanks to a series of gameplay improvements, it plays great too. Jump in and play as iconic characters from the films, including stormtroopers, rebel soldiers and heroes like Luke Skywalker and Darth Vader.

On the new updates, our reviewer said: “DICE has balanced the gameplay, with certain weapons toned down and a few annoying respawns rearranged. Characters have also received health buffs and other tweaks, and it all works to make Battlefront 2 a better experience. Of that there’s no doubt.” 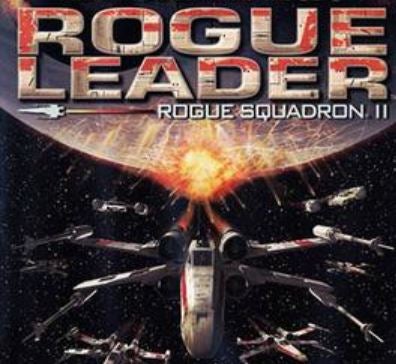 This Gamecube exclusive from 2001 looks amazing for its age. It’s a fun Star Wars dogfighting sim that lets you suit up as a pilot and step into a range of the most iconic crafts from the films, including the rebel X-Wing which features as the game’s cover star.

The game’s plot spans the original trilogy, with the player taking the role of Luke Skywalker or fellow pilot, Wedge Antilles. The game’s ten missions take players all around the galaxy.

Critics loved this game on release and, though it has aged, it retains much of its original appeal. Unfortunately, the lack of a current-gen port means you’ll have to get your hands on a Gamecube if you want to play it.

Star Wars: Bounty Hunter is the game for all the Star Wars fans who thought Jango Fett was the series’ coolest character. Not a huge audience perhaps, but one that seems to exist. Players take the role of Jango as he jets around the galaxy kicking ass and collecting lucrative bounties.

A solid mix of shooting, platforming and gadget wielding, this game is a thoroughly enjoyable offering and shows a different window into the Star Wars universe. Jango’s jetpack makes platforming sections great fun, it can be used for just a few seconds, but you never have to refuel it, making for a seamless experience that still occasionally requires some thought.

The game has been ported onto the PS4, but no major graphical improvements were made in dragging the game into the current-gen, though it does run smoothly. Take a look at the video above to see it running on PS4.