Looking to pick up a new gaming controller for couch co-op, or a replacement pad after a slightly overzealous rage-induced incident but not sure which to get?

You’re not alone. Since esports became a thing, a wealth of premium third-party pads from the likes of Razer and Astro have been hitting the scene, each offering more custom features and switches than you can shake a stick at. These include everything from extra buttons, to customisable RGB lighting and key bindings perfect for a bespoke gaming experience.

For buyers on a budget there are also a wealth of affordable PS4 and Xbox One controllers on Amazon and eBay that, on paper, look all but identical to their official siblings but cost half the price. You can’t always expect the same level of quality, though.

While the extra choice is welcome, it can make knowing which controller to get a little tricky. Making the wrong choice can also be a costly mistake, with many premium pads retailing for close to £200. The bottom end is also a dangerous place with many of the “affordable” options offering terrible playing experiences thanks to sub-par switches and poor build quality.

Here to make sure you don’t fall into either pitfall, we’ve created this guide detailing the best game controllers we’ve reviewed for Xbox, PlayStation and PC. 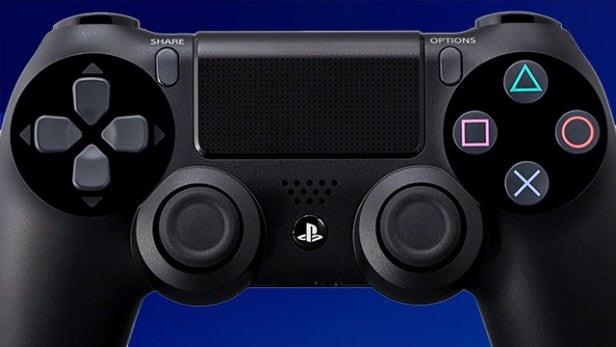 The DualShock 4 is one of the best wireless gaming controllers you can buy, especially for anyone with small hands who struggle to wrap their digits around the chunky Xbox pad. Having the analogue sticks adjacent to each other is another benefit for many, while all the buttons and triggers offer superb travel and feedback.

Sony has also lavished the latest DualShock with plenty of features, including motion sensors, integrated speaker and on-board touch pad. But, while they offer unique and useful interactivity, they’re unfortunately only supported by a handful of first-party PlayStation titles, making them a waste of space for anyone using it with a gaming PC unless you’re willing to customise things yourself.

There are a few issues with the DualShock 4 though, particularly the short-lived battery life. You can top it up via a microUSB charging cable, but that’s still problematic for those who sit away from the console or PC. The light bar on the rear of the controller can also be a pain when playing in the dark.

Sony allows you to dim this light, but you’re bizarrely unable to turn it off. Despite its flaws, the DualShock 4 remains a superb controller that aces the basics. Whether it will be your pad of choice really depends on hand size and comfort. 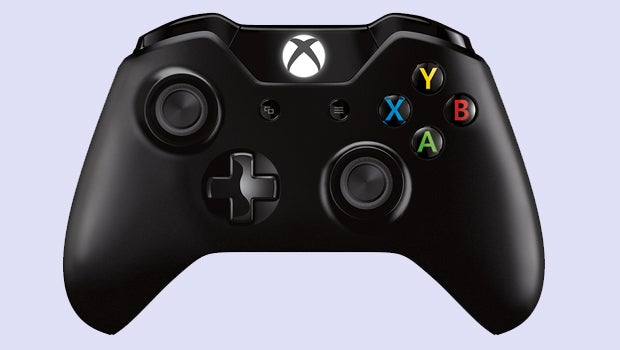 The Xbox One’s pad is the vanilla ice cream of gaming peripherals. It’s the most common one you’ll see in most PC, as well as Xbox, gamers’ hands due to its solid build quality, universally supported button layout and reliable Bluetooth, or proprietary (with dongle) wireless connectivity.

One of the only downsides is that the Xbox One Controller features basic membrane switches on its keys that aren’t anywhere near as reactive or tactile as the ones you’ll find on even moderately more expensive third party controllers.

The fact it still uses physical batteries out of the box is also an annoyance that can ramp up its operating cost long term. We’d recommend any gamer buy it with a rechargeable battery pack as a result.

Read our Xbox One Controller review 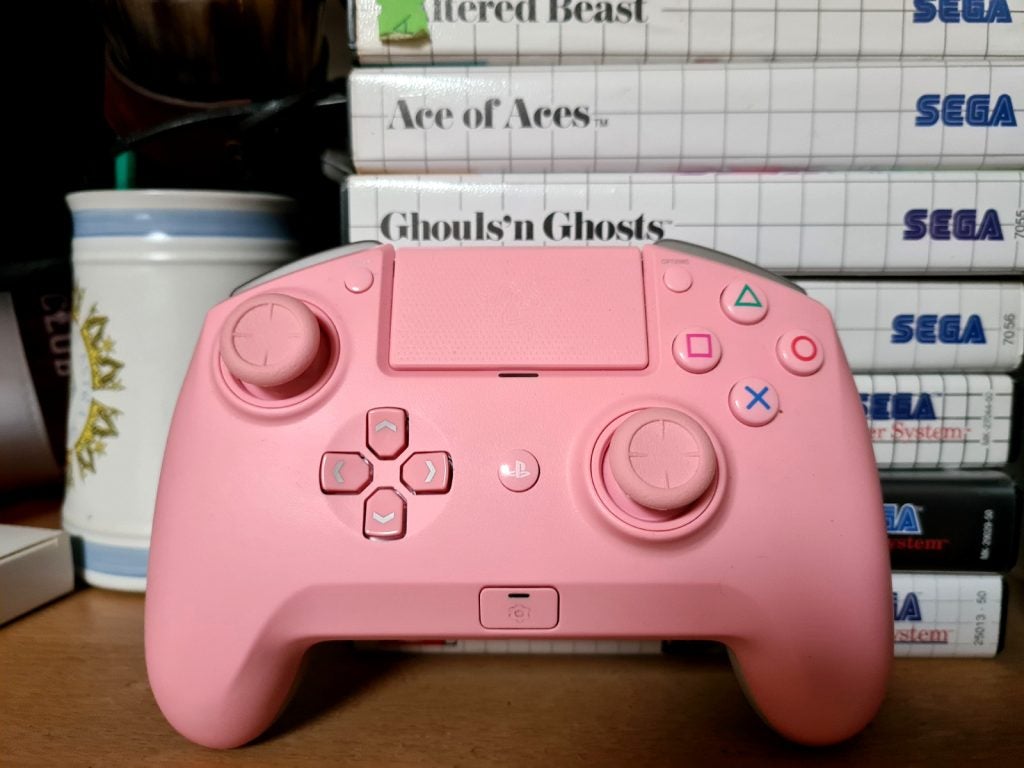 If you’re looking to make the jump to esports, or get serious when playing online, then the Razer Raiju Tournament is a great entry point to the top tier of gaming pads. It shares a common DNA with Razer’s more expensive Raiju Ultimate, offering gamers a variety of pro-level features.

These include extra programmable inputs, plus nifty switches that let you change the main triggers’ actuation point. If that wasn’t enough to tempt you, Razer has used custom switches on the controller’s face buttons, giving them a much more tactile reactive feel than the basic PS4 and Xbox One pads.

The only downside is that, unlike the Ultimate, the pad doesn’t let you swap out the thumbsticks or D-Pad and its wireless Bluetooth connectivity can be prone to latency on PC. Though considering its target market, which tends to favour wired connections, these issues are more than forgivable. 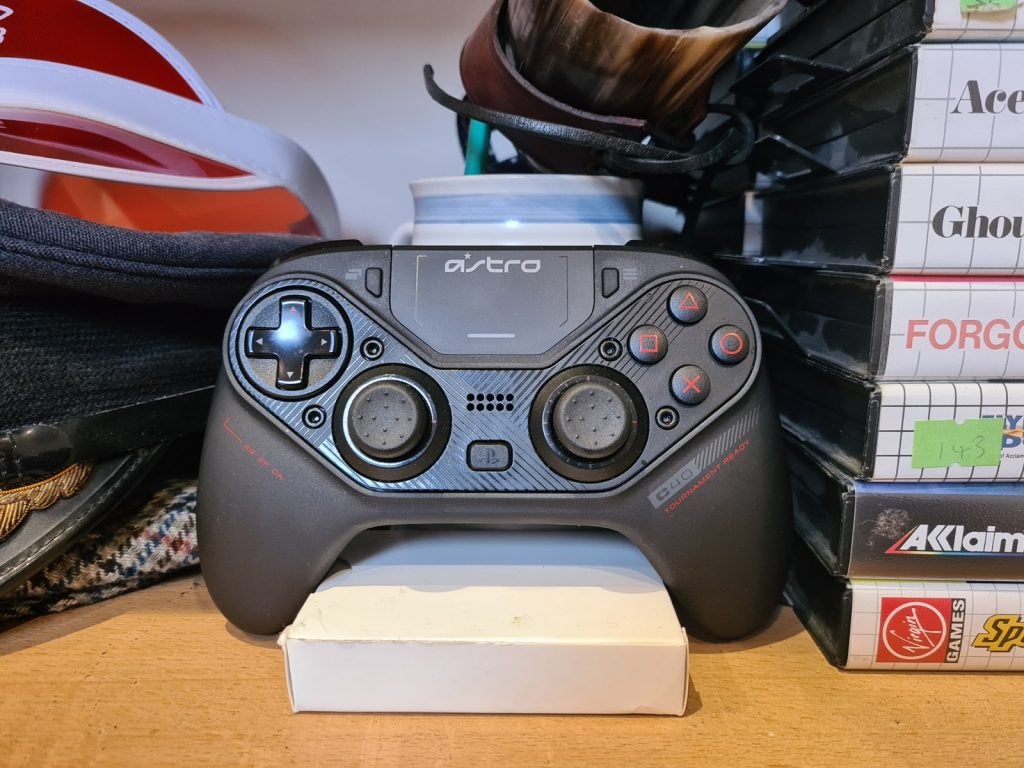 If customisability is your biggest priority, then the Astro C40 is the gaming controller for you. As well as letting you swap out the thumbsticks and D-Pad, it also lets you change their position. This means it’s the only controller that can be set to mirror both the PS4 and Xbox controllers’ thumbstick positions.

On top of that, you get all the perks expected of a serious esports controller. These include extra programmable triggers and shoulder buttons on the pad’s top and back, plus improved custom switches to help make the controller generally more responsive. Switches to adjust the main triggers’ actuation point also make an appearance rounding off the Astro C40’s excellent feature set.

Wireless connectivity is the final perk that makes the Astro C40 a slightly better choice over its Razer Raiju Ultimate competition. Unlike the Raiju, which relies on Bluetooth 5.0, the Astro C40 comes with a proprietary 2.4Hz dongle. It offers radically better, latency free wireless connectivity on PC than the Ultimate as a result, earning it a place as this list’s best premium eSports pad. 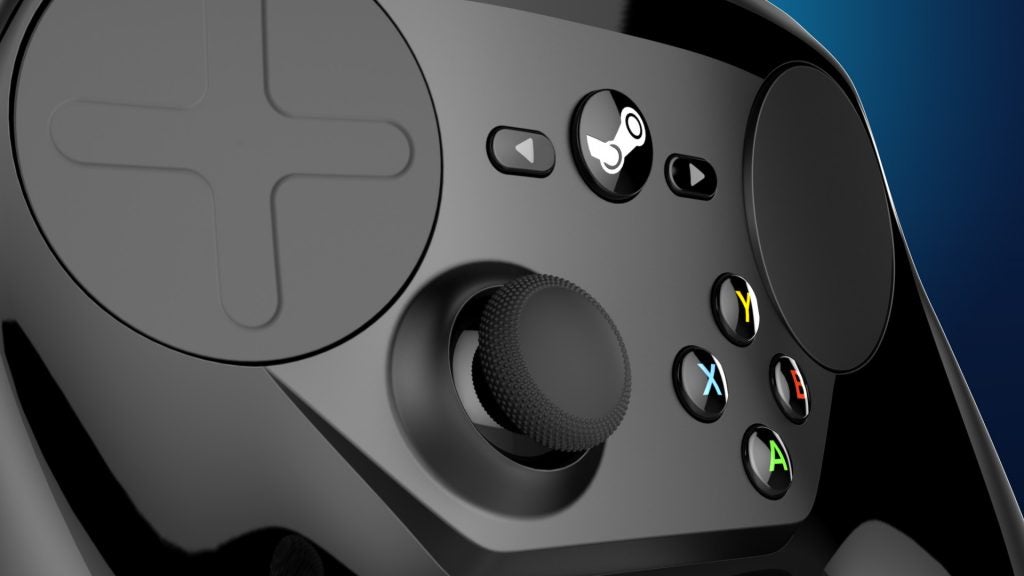 The Steam Controller is getting a little long in the tooth, but it remains one of the most interesting options on the market. This is because it has an atypical button layout that replaces the D-Pad and right thumbstick with touchpad inputs. Such a setup makes it feel and look like a halfway house between a regular controller and mouse and keyboard.

We’re not going to lie, the setup takes a lot of getting used to and even when you do its performance isn’t up to snuff for competitive play online. But, it also makes it one of the best gamepads for strategy and tactical RPG titles. Though these games are, in our humble opinion, are generally best experienced with a mouse and keyboard, if you’re an avid lounge gamer who wants to experience them on a game pad then the Steam Controller is your best, if not only, option.

It’s also one of the most flexible on the market, with Steam having made it quick and easy to customise the pad’s inputs on a game by game basis. The community also has a vast library of configurations for PC games that don’t come with native controller support, which is a nice bonus you won’t find on most other pads. 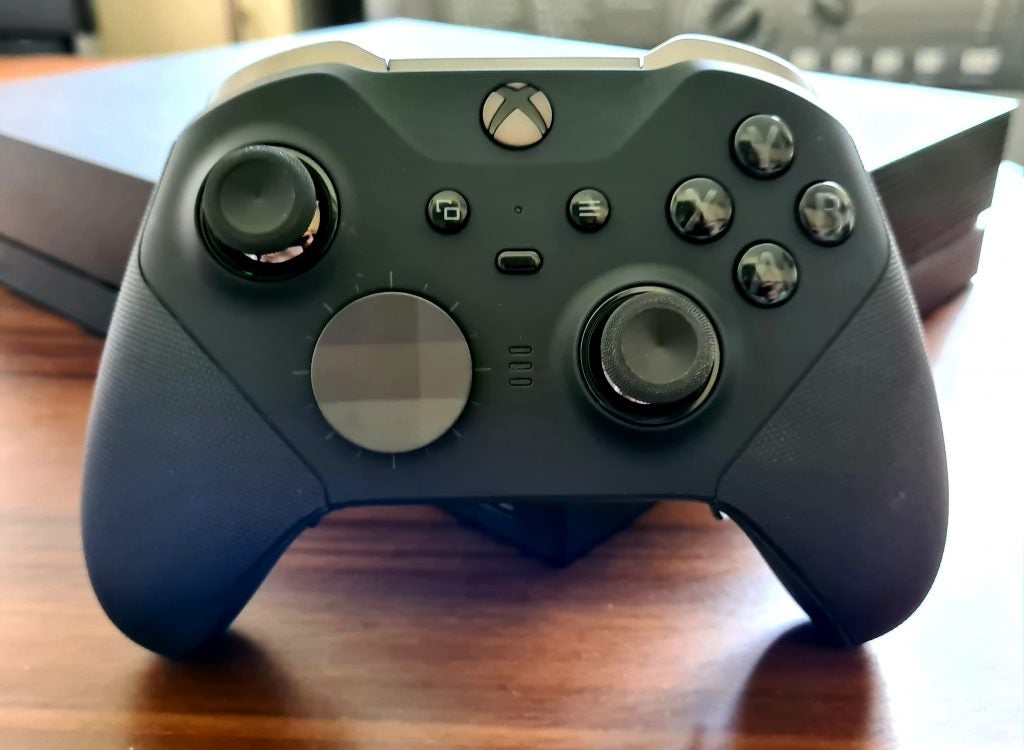 If price is no object, the Elite Controller 2 is a no-brainer purchase for any hardcore gamer. It’s an excellent peripheral, and given it will work on future platforms for years to come, you don’t need to worry about such an investment being wasted moving forward.

For more casual gamers, the hefty asking price is a bitter pill to swallow, but as a long-term investment I genuinely think it is worth thinking about, especially if you’re buying it alongisde a new console or the upcoming Xbox Series X. It’s honestly one of the best controllers I’ve used in recent memory, and Microsoft should be commended for it.