In partnership with Currys PC World.

TVs have become the cornerstone of almost any living space, but our expectations of what a TV can do have stilted.

We’ve become so used to the TV fulfilling its main function that we haven’t stopped to think about what this amazing device could be. It’s about time that we threw away our preconceptions about the TV as a means for watching content, and start thinking about it as a means of expressing so much more, connecting with the very fabric of our homes and working to meet our needs.

Imagine a television that could blend seamlessly with your chosen décor at a moment’s notice, or become the centrepiece of a party, something that strikes a conversation.

QLED is a smartphone’s best friend

Watching our favourite shows and movies can be a great way to spend our free time, but with a QLED TV, the real fun begins the moment you stop watching.

By simply connecting your compatible Android or iOS smartphone to a QLED TV over Wi-Fi (utilising Apple Airplay 2 for the latter), the display will mirror whatever you’re seeing on the smaller screen. Think about the number of times you’ve had friends over and been desperate to show them that new viral clip on YouTube, only to have your friends huddle round a smartphone screen, squinting at something that looks like a goat. 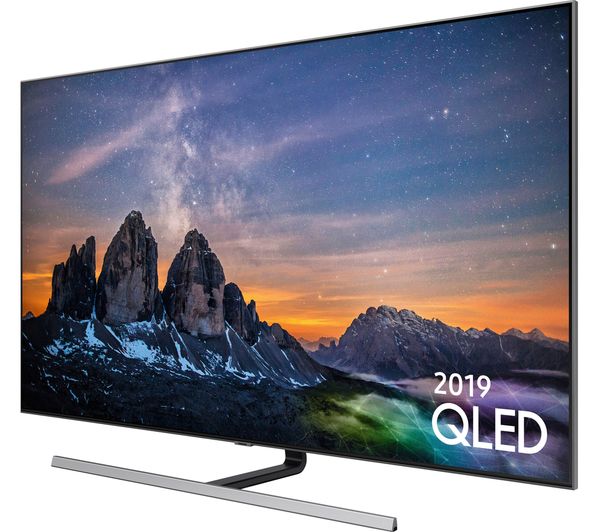 Now, you jump straight into that same, hilarious clip on your phone and have everyone enjoy it on the bigger screen with no fuss and no extra components needed. In the past, this level of connectivity relied on additional devices that needed to be plugged into the TV, but with Samsung’s QLED range, that connectivity is built into the TV itself.

You don’t need me to tell you that that same connectivity isn’t just limited to YouTube videos either. On the video side you can also link up with BBC iPlayer, Apple TV, Now TV and more. You won’t be penalised for bingeing content either, thanks to the QLED having one of the brightest displays on the market that won’t succumb to screen burn.

Maybe you’re hoping to beat your personal best on Fortnite Mobile, but you just can’t make out that sniper up on the hill. Fling it over to the QLED and MachoMan2000 will never know what hit him.

The QLED’s wireless connectivity doesn’t just apply to smartphones either, you can bring your favourite tablet to the party instead if that’s more your style.

The Chameleon in the Living Room

If seamless connectivity seemed like the QLED’s killer feature, you’re in for a treat. When you’ve stopped watching the latest episode of your favourite fantasy show, do you leave the TV on in the background?

We’re all guilty of having done just that at some point or another, but let’s not kid ourselves – it’s only left on as a source of background noise. It’s certainly not the best of habits, but one that can be easily remedied.

Imagine then, instead of having the latest soap opera blaring in the background, seeing the TV camouflage itself to match your wallpaper in an instant. All you have to do is take a quick snapshot of your living room wall, and the QLED will do the rest. Instead of a jarring black box in the centre of the room, the QLED becomes indistinguishable from the wallpaper behind it – even if it’s full of patterns.

Some features of Ambient Mode require a compatible Android or iOS phone and sufficient space around the TV to operate; it will have varying results on complex wall designs, patterns, and/or unusual colours. 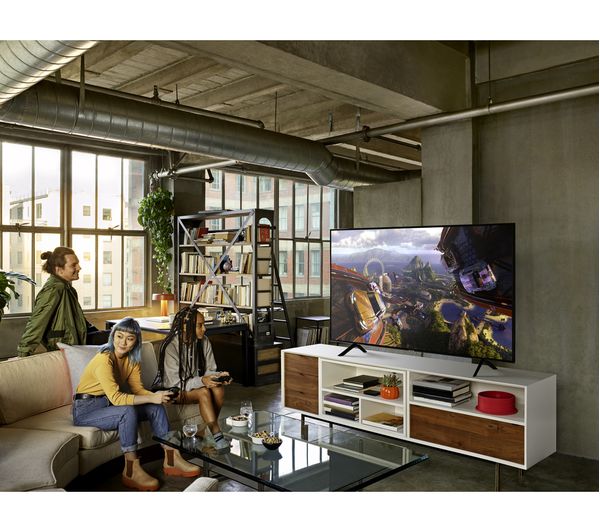 If there’s one aspect in which most modern TVs fall short, it’s in the audio department. As companies try desperately to squeeze larger screen sizes in between smaller bezels, speakers are shrinking and sound quality is getting worse, but if you have a Samsung QLED TV, you’ll get to enjoy high-end audio right from the get-go.

Cleverly titled Audio Scenic Intelligence, this nifty feature allows the QLED TV to analyse each new scene as it happens and adapt the sound accordingly. In practice, this means that an intense high-speed car chase will feature more bass make you feel like the tyres are blowing asphalt right into your living room.

When all the action comes to a halt however, dialogue becomes clearer as the TV hones in on the voices of our heroes. Just think about all the times you’ve had to change the volume after a film became too loud or too quiet – wouldn’t it be better to have the TV do all that hard work for you?

As if that wasn’t enough, the QLED also has the ability to adapt to the specific measurements of your living room. By sending a silent signal out into the wild, bouncing off the walls and into your remote, the QLED TV can calculate the exact type of audio configuration that’ll work best for you. It’s like a tailor-made suit, just for you.

The future of television

With so many incredible features at the ready, Samsung’s new 2019 range of QLED TVs are the must-have item for anyone who wants to step up into the next generation of tech.

If you do fancy making the leap, we recommend shopping through Dixons, which offers free and safe delivery, pairing you with the TV of your dreams as soon as possible.