In partnership with Microsoft

This is it people, we’re in the final week of November and that can only mean one thing – the Black Friday sale is officially here. That’s right, the wait is over and deals have started to drop from retailers left, right and centre – and the Microsoft Store is no exception.

It should come as no surprise to anyone that the new Microsoft Surface devices and the Xbox One consoles are among some of the most highly sort after products this Black Friday – which is why these offers straight from the Microsoft Store are simply too good to miss.

Doing all the hard work for you, this page details the very best highlight deals to be found amongst the Microsoft Store’s Black Friday sale, getting you straight to the offers you want, without the hassle. So without further ado, let’s dive right in. 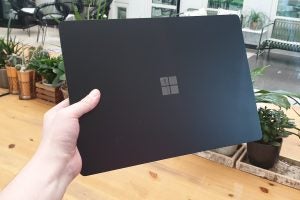 When it comes to upgrading your gadgets, Black Friday is the time to do it with laptops being at the very top of the list. From gaming laptops to ones suitable for creatives, budget and more premium models, everything is ripe for the picking during the Black Friday sales and Microsoft laptops are no different.

With up to £235 off the latest Surface Laptop 3 and Surface Pro 7, this year’s launches from Microsoft, there is a good deal to be had on the most powerful machines available from its line-up.

First up is the Microsoft Surface Laptop 3, a stunning entry-level bit of kit, beautifully designed and able to tackle everyday tasks like browsing and word processing with ease. Boasting the brand new 10th generation Ice Lake processor, the Surface Laptop 3 can also handle a spot of gaming here and there, as well as light photo and video editing.

Available in both a 13-inch and 15-inch model, both show off a brilliant display coming in a 3:2 ratio that is quite unusual but allows for displaying more content on screen than the standard 16:9 displays you’ll be used to.

A high-end laptop, this is a great choice for those carrying out day-to-day tasks that aren’t too demanding. Better still, students on a budget will love the Surface Laptop 3, especially with up to £235 off in the Black Friday Microsoft Store sale. 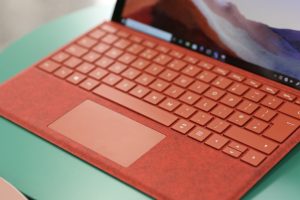 If you’re looking for something a touch more versatile, however, the Surface Pro 7 might be the way to go. Starting from just £719 with up to £225 off in the Black Friday sale, the Surface Pro 7 offers a more hybrid experience, able to convert from tablet to laptop with its kickstand and the addition of a Type Cover.

Also packing the brand new tenth generation of Intel’s CPUs, one of the most significant upgrades from its predecessors, the Microsoft Surface Pro 7 sits at 12.3-inches and weighing just 775g, ticking that all-important portability box and offering a stunningly reactive touchscreen, compatible with the nifty S Pen.

Of course, to get the full-fat experience of the Surface Pro 7 it’s worth investing in a Type Cover, which is sold separately. Lucky for you, the Microsoft Store has brought out a great Black Friday bundle, with up to £375 off when you buy the Surface Pro 7 and Type Cover together with a starting price of £699.

If you’re looking for a real steal, it’s also worth deciding whether you need the very latest product launches or could afford to save a penny here and there with previous models. The Microsoft Store is great in that it continues the selling of older models, largely at discounted rates. This Black Friday includes up to £600 off the Book 2 and Surface Studio 2.

As well as great bundle deals, there are also reductions on accessories to perfectly compliment your brand new device, including a 30% price cut on the Surface Headphones. Really, the Microsoft Store is a great place to go directly for the very latest Surface models, all with supremely generous savings over the Black Friday period.

When it comes to console gaming, there’s no match for the Xbox One X. With the ability to tackle high-resolution, 4K HDR gaming like it’s nothing, the Xbox One X’s graphical prowess is unparalleled. Simply put, this is a serious console for hardcore gamers.

Of course, it’s one thing to talk about the Xbox One X, but let’s dive in for a better look at what’s actually powering the console. Under the hood, the Xbox One X is packing an AMD-customised Jaguar Evolved CPU, 12GB of RAM and seven billion transistors (as opposed to the five million found inside the other Xbox One models).

Originally retailing at £450, the Xbox One X, the console might have just been out of reach for some gamers, but thanks to these incredible Black Friday discounts that are currently available, there’s never been a better time to buy.

Plus, you also have the additional benefit of jumping on the Xbox One ecosystem at a time when there are a ton of must-play exclusive titles up for grabs – with some of them even included as bundles alongside the Xbox One X itself for Black Friday.

For you Jedis out there, you won’t want to miss the brand new Xbox One X Star Wars Jedi: Fallen Order bundle that not only comes with a sleek £150.99 discount, but you’re also getting the Deluxe Edition of the game – packed with extra content including a digital art book, exclusive skins and behind the scenes videos.

If you’re after something to play with the family this Christmas, then allow us to recommend the Xbox One X Forza Horizon 4 Bundle instead, which comes with the gorgeous LEGO Speed Champions add-on. Giving the already amazing Forza Horizon 4 a new LEGO-inspired lick of paint and a bunch of new content, the LEGO Speed Champions add-on is sure to have the younger ones in the family vying for the high score.

Plus, with the option to sign up for Xbox Game Pass, you can have access to hundreds of games at the touch of a button, ranging from brand new titles including Gears 5 and The Outer World, alongside gaming classics like Banjo Kazooie and Halo: The Master Chief Collection.

With an Xbox Live subscription, you can also take the action online and test your skills against players from all over the world. As an Xbox Live member, you’ll also be given access to four free games each month as part of the ‘Games with Gold’ service.

Just remember – these deals are only available for a limited time as part of the Microsoft Store’s Black Friday sale, so don’t allow FOMO to rear it’s ugly head and treat yourself a brand new discounted Xbox One X bundle while you still can.

Of course, when it comes to Black Friday there are plenty of retailers trying to pin you down with their exceptional prices, so it can be difficult to know where to turn. However, when it comes to the Microsoft Store you can rest assured you’re getting the real deal. Not to mention going directly means you can enjoy its speedy free 2-3 day delivery period with the option to also pick up in-store if you happen to be floating around London this Black Friday.

It’s also worth noting, especially if you’re buying a gift, the Microsoft Store is offering an extended returns period, meaning anything bought between 1st November and 31st December is entitled to a free return until 31st January 2020.

In partnership with By Trusted Reviews
Founded in 2004, Trusted Reviews exists to give our readers thorough, unbiased and independent advice on what to buy. The articles below are written by the TrustedReviews team, which includes many of …