In partnership with Currys PC World.

Ever since its inception, the aim of the television has always been to bring cinema-quality entertainment into the home. It’s a noble cause for sure, but let’s be honest, has a TV set ever really lived up to that expectation?

Think back on all the TVs you’ve owned – they might have seemed great at the time, but how quickly did the novelty wear off as soon something better hit the market?

With that in mind, doesn’t it make sense to invest in a future-proof TV, one that utilises the most cutting edge tech to truly deliver on that promise of squeezing the otherworldly atmosphere of a cinema into in your living room? It’s time we take a look at the brand new Panasonic GX820 range.

As a brand new television set from one of the world’s leading tech manufacturers, the GX820 series has all the bells and whistles that you might expect.

Packing a 4K HDR display, all GX820 TVs have the ability to show content (be it film, TV or gaming) in the highest possible resolution, so you’ll never be left wondering if someone else is seeing a better version of the content you’re enjoying.

This is particularly handy is you own a UHD 4K Blu-ray player or have a subscription to Netflix’s 4K mode, allowing you to make the best of either with ridiculously crisp visuals. 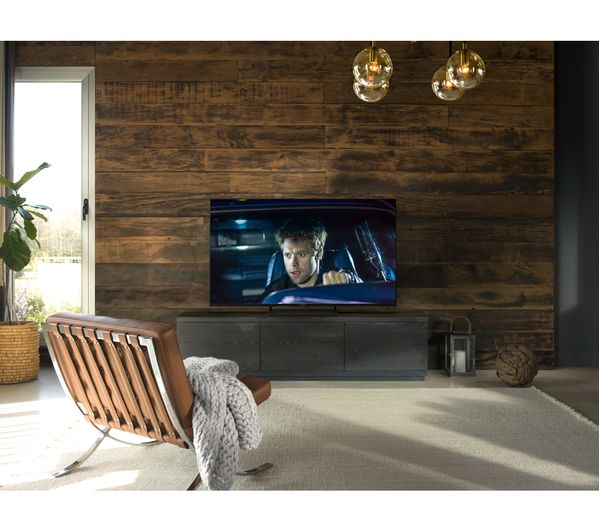 Working in tandem with the GX820’s display is built-in Dolby Vision and HDR10+, two programmes which actively adapt the screen’s High Dynamic Range to better suit the scene at hand.

For instance, have you ever found yourself squinting at the latest episode of that fantasy show you love so much? Instead of fumbling for the brightness setting on the remote, the GX820 will do all the hard work for you, giving you the chance to kick back and enjoy the show.

Time to crank up the sound

As any film buff will tell you, getting the visuals right is only half the battle – audio is just as important for recreating that cinema experience at home. Luckily for us, Panasonic was thinking the exact same thing, which is why the GX820 range comes with Dolby Atmos technology.

Taking things one step further than traditional surround sound, Dolby Atmos builds upon the sensation by adding extra audio channels for a more immersive experience. Simply put, no longer does the helicopter sound out around you, but it can also be heard above and below you. It all adds up to making you feel one step closer to the action. All you have to do is hook up a compatible soundbar to the TV and you’ll be enveloped by best-in-class audio in no time.

Until now, cinemas have ruled the roost where sound quality is concerned, but once you have a compatible soundbar set up – like Panasonic’s new HTB900 – Dolby Atmos will give you that same feeling of grandeur that was previously missing from the edge of your sofa.

With traits like those to brag about, don’t be surprised if your living room becomes the new hangout of choice for your entire social circle. 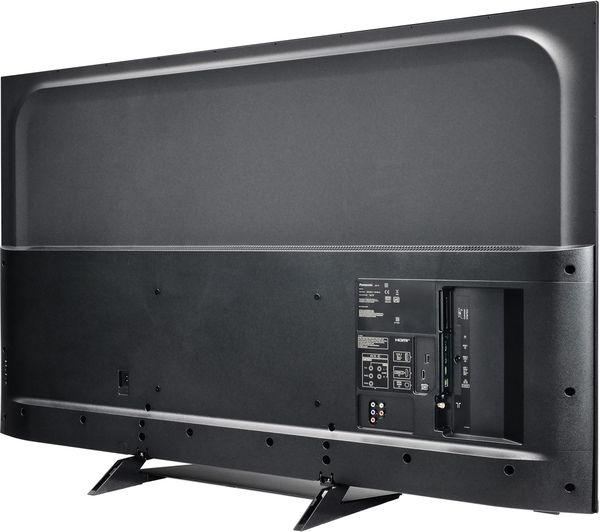 A television with style

When you bring a new television into your home, you’re not just thinking about where to put it, but you’re also considering if it fits in with your established décor. With the GX820 however, this isn’t a set that complements a room – it completes it.

Boasting a slim form factor that allows the GX820 to remain unobtrusive in your living room, it also frees up more space for better cable management or any decorations that you wish to display around the TV. There’s nothing worse than having to contend with spaghetti junction every time you want to clean behind the TV.

Plus, with a range of sizes available for purchase (starting at 40-inches and moving all the way up to 65-inches), you won’t be left struggling to find space – simply find the one that’s right for your living room.

Panasonic’s minimalist design can also be seen from the front of the device, with the GX820 utilising an extremely thin bezel around the edges of the screen. In order to truly emulate the cinema-going experience, having that thin bezel is key to becoming immersed in whatever you’re watching.

An offer you can’t refuse

If you’re serious about recreating the wonders of cinema in your own home, then the Panasonic GX820 TV should be your only consideration.

Now available from Currys PC World, and with free delivery no less, you could be enjoying your favourite movies as they were meant to be seen, all in time for the weekend.

To see all the glorious detail you’ve been missing out on, order your very own Panasonic GX820 TV today and never look back.

In partnership with By Trusted Reviews
Founded in 2004, Trusted Reviews exists to give our readers thorough, unbiased and independent advice on what to buy. The articles below are written by the TrustedReviews team, which includes many of …