Back in the good old days iTunes used to have plenty of stiff competition on the media player circuit. However, today far too many people have just given up and make do with Apple iTunes, even though it can be a huge headache.

There is an alternative, though. WinX MediaTrans is a media manager for iPhones and iPads aimed at people who don’t get along with the prescriptive, hand-holding way Apple tends to operate.

Here are just a few of the ways WinX MediaTrans may appeal, particularly if you’re more of a “PC” than a “Mac” person. Click to save 50% on the full license on WinX MediaTrans.

1. Its interface is much, much cleaner

iTunes is a great big application these days. It’s not just a media player and manager, iTunes is home to Apple’s gigantic libraries of apps, films and music. As a giant storefront, it really has more on its mind that sorting out your media collection.

WinX MediaTrans vacuums up all the extraneous fluff, leaving you with a lean and clear piece of software that feels faster and more intuitive than Apple’s own software. That’s right: Apple isn’t always top dog for intuitive UI. 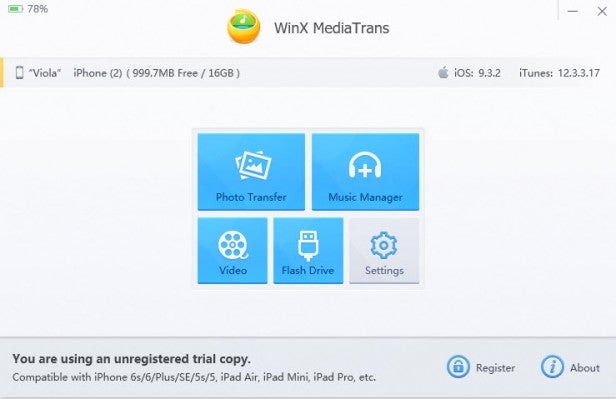 With separate areas for each main part of the app, WinX MediaTrans’s zones let you get what you need done, as quick as possible. It’s also not preoccupied with getting you to buy a TV show or some new music.

Apple wants you to backup your photos on the iCloud. It thinks storing stuff on hard drives is passé, but WinX MediaTrans doesn’t.

Instead of being left to use the patchy Windows photo import tool, this software lets you select photos and videos to zap over to your computer per-file, or by the day on which they were shot. Or you can simply transfer your entire iPhone photo library to PC in one go.

As we’re dealing with a fully wired connection, you can transfer 100 4K photos in just eight seconds. 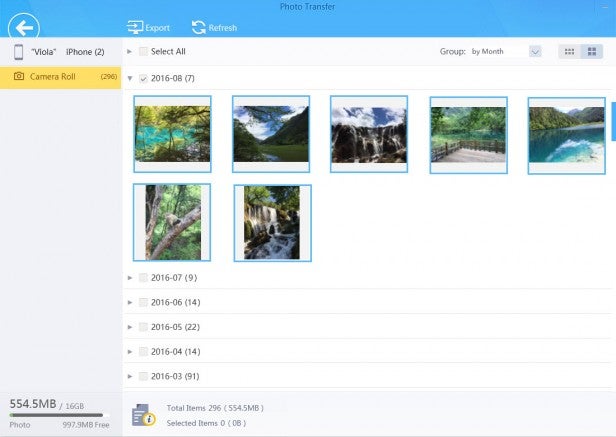 WinX MediaTrans wouldn’t be up to much if it didn’t let you control just about everything you need on a day-to-day or week-to-week basis. But it already does, even though more features are incoming.

One of the sweetest cherries on top is being able to create, modify and transfer music playlists. WinX MediaTrans’s no-nonsense interface makes this quick, easy and painless. 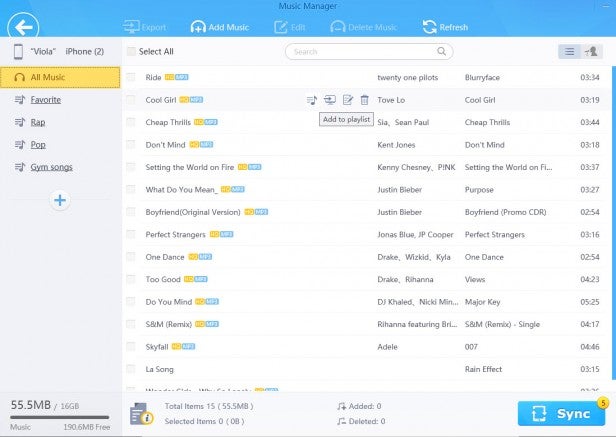 4. Auto re-encoding of video to save space

Just about every iPhone owner knows the frustration of running out of space on their phone. It happens to us all.

WinX MediaTrans helps out by letting you cut-down the quality of videos uploaded to the phone without reducing image quality too severely. You can save up to 50 per cent of your storage space with this neat feature. It’s a must-have if you have a digital media library you like to watch on-the-go.

It also lets you imports and auto converts any video to the right format for sync to iPhone, iPad. 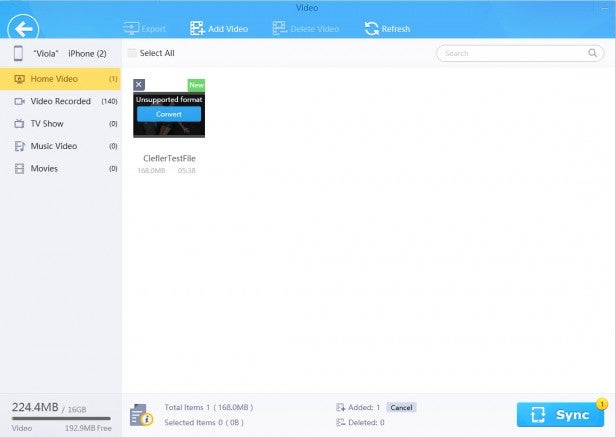 You don’t have to transfer videos onto your iOS device one-by-one either. WinX MediaTrans supports batch video transfers, letting you line-up a month’s worth of movies, then get on with doing, well, whatever else you want to do.

This is the perfect feature for those who like to watch a lot of video on their mobile devices, but aren’t happy with just streaming content off Netflix or iPlayer all the time. Not everyone has an unlimited data allowance, after all. 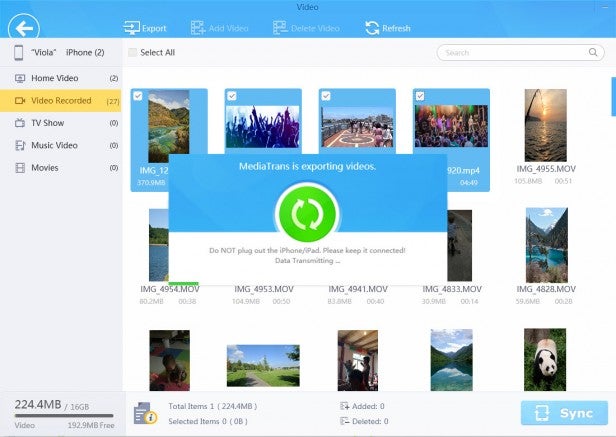 6. It lets you use your device as a memory stick

Android phones let you dump files onto their internal storage, to use them as a kind of fancy memory stick. As standard, you can’t do this easily with an iOS device, but WinX MediaTrans unlocks this feature.

There’s a “Flash Drive” section in the application that lets you drag and drop any kind of files onto the phone/tablet’s memory. You won’t be able to access the files in iPhone apps, because iOS is that bit too closed a shop, but it is a great way to transport files if you don’t have access to an external hard drive or large memory stick. 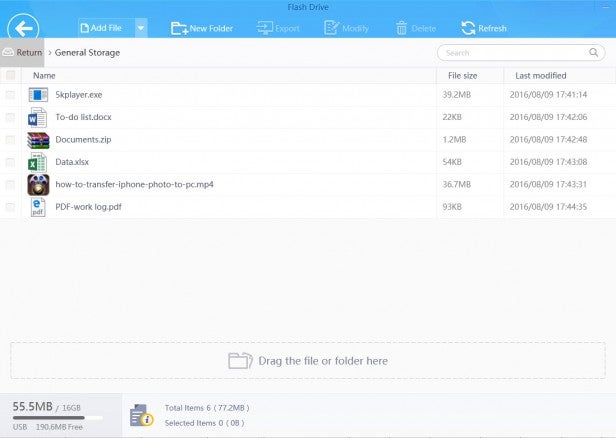 If you’re going to re-encode movies before transferring them over to your iPad or iPhone, it’s going to take a little while. However,WinX MediaTrans has enough tech plugged-in to speed up the process as much as possible.

It features both Intel QSV and Nvidia NVENC. These manage transcoding of video, letting your computer make full use of its graphics hardware rather than just loading all the work on the CPU. If you have a powerful computer, the process is going to be seriously quick.

You can try a free trial of WinX MediaTrans, and there’s also a version for Mac OS X, called MacX MediaTrans.