In partnership with VideoProc

Looking to polish some 4K footage just shot on your GoPro, drones or phones, but find Final Cut and Adobe Premiere Pro too difficult to use? Then you may want to take a look at VideoProc.

VideoProc is no-nonsense software that aims to make it quick and easy for amateurs and hobbyists to edit and process 4K video, and doesn’t require that you invest in an uber powerful PC or spend hours learning how to use it.

Sound appealing? Then read on to discover our definitive list of everything you need to know about VideoProc.

VideoProc may market itself as having a less intimidating UI than competing video editing and processing packages, but don’t assume this translates to a reduced toolset. VideoProc’s toolbox includes most of the editing options you’d expect and will be updated to support more, according to its developer.

Highlights include the ability to reduce noise and camera-shake on captured footage, plus the usual assortment of cut, trim, split, merge and resize 4k video options. If your footage has been accidentally shot at the wrong angle then you can even flip and rotate it left and right by 90, 180 or 270 degrees.

For footage that isn’t the best to begin with, VideoProc also features a number of tools and settings that can help improve it after the fact. There are controls for saturation, brightness, contrast hue and gamma.

These can be used to make footage look more realistic, or even to add artsy effects – if that’s your thing. For more serious work there are tools to sharpen and stabilize shaky footage. Once complete, there are also robust subtitle and watermarking tools, which make it easy to add a narrative or mark content as yours. 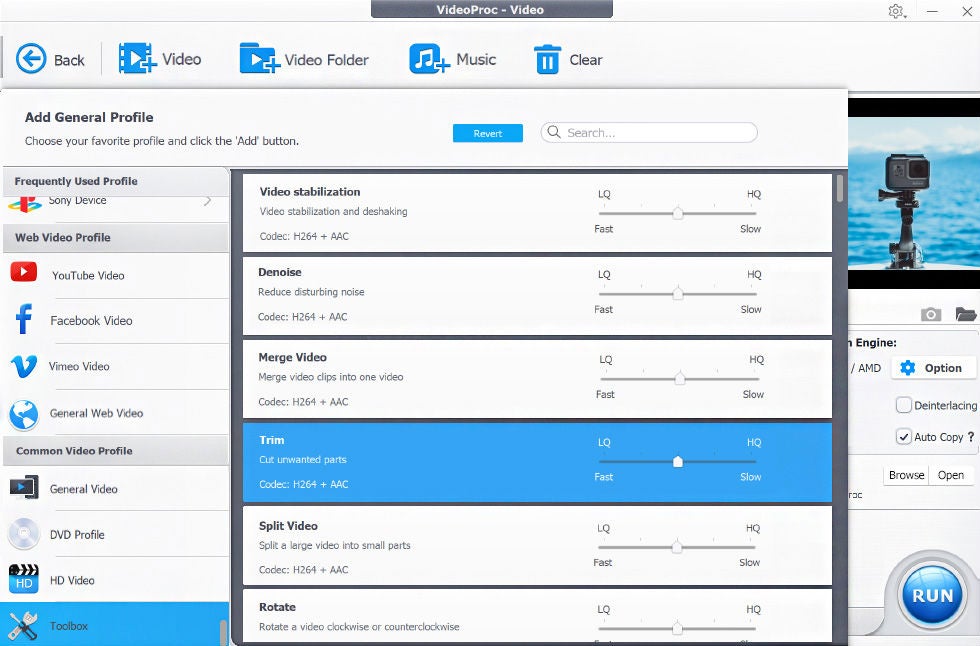 4K video rendering is a pretty demanding process, traditionally requiring a top-end PC or laptop. This is because files are generally gargantuan, and the software you use to edit and render footage will require plenty of processing and graphical grunt to run.

VideoProc claims it’s able to reduce these demands thanks to its support for “full GPU acceleration”.

The officially labelled “Intel, AMD and Nvidia-powered level 3 hardware acceleration” tech reportedly improves the way in which the GPU is utilised when tasked with 4K video processing. It reduces the load on the CPU and means the package is 47x real-time faster, according to VideoProc.

The tech also means VideoProc should be fairly stable, with computer freezes during processing a non-event. You can read a more detailed breakdown about how the technology works on the VideoProc blog. 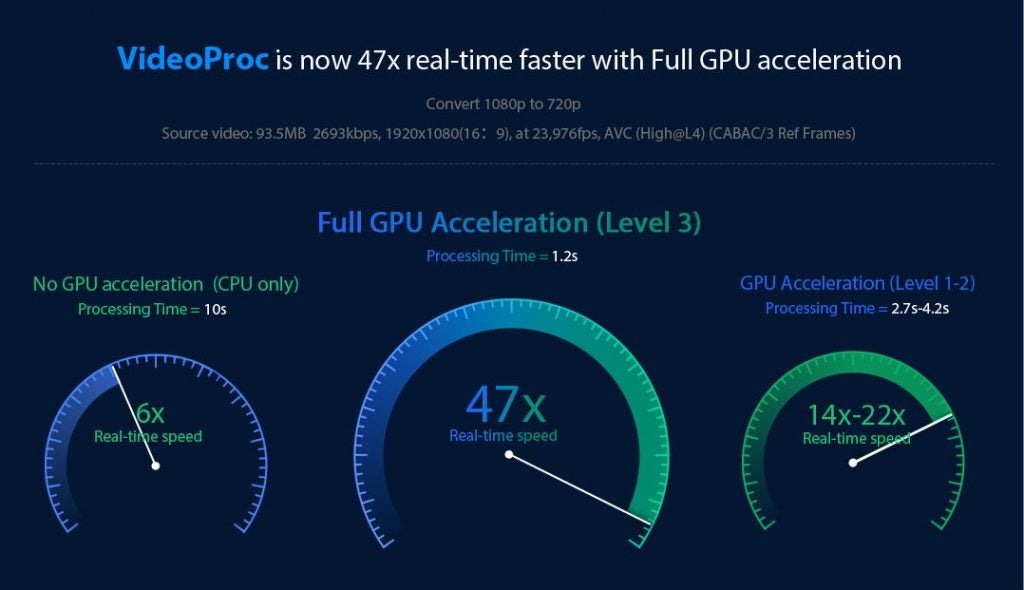 One issue with shooting on a GoPro is that most media players and software packages don’t support HEVC files. For those out of the know, HEVC (High Efficiency Video Coding, also known as H.265) is a custom video compression file format designed to stop 4K footage taking up oodles of storage space.

If you want to watch your video on a different format, or optimise it for a specific player/device, then VideoProc also comes with pre-made profiles for devices such as phones, games consoles and tablets baked in.

There are also manual controls for key items such as bit rate, frame rate, resolution and aspect ratio, so if there isn’t a profile that meets your needs, it’s easy enough to create one. 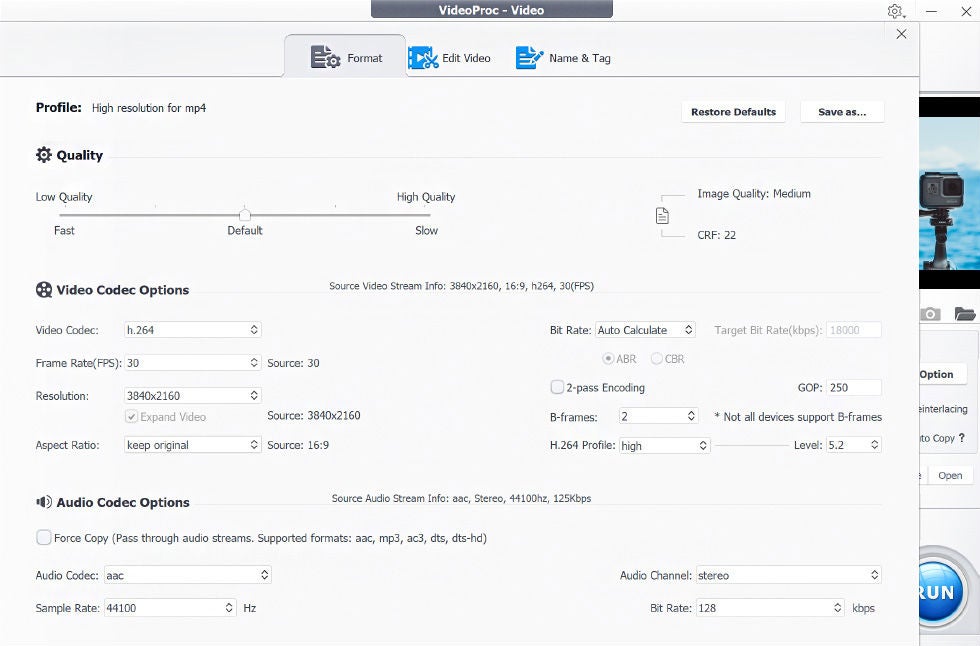 For more about VideoProc, watch the official video on YouTube.